(As an Amazon Associate, I earn from qualifying purchases.)

Cullen Clark uses his experience in biotechnology—plus a host of athletic and survival skills—to take on a series of challenges created by an oncologist gone rogue. Cullen and his wife, Bree, along with Karl Waller—a 74-year-old with amazing mental and physical skills—team up to take on oncologist Burt Wheeler and his brother who are using Harley Gentry, an orphan with cancer, to make money, all at Harley’s expense. Along the way, Cullen fights feelings that his best friend, Peter West, died because Cullen didn’t push hard enough—wouldn’t cross social lines—to get Peter’s oncologist to try harder, and that oncologist was Wheeler. With motorcycles, MacGyver-like contraptions, a team of family and friends and a promise to cross any line in his way, Cullen soon battles not just Wheeler, but a gang of professional criminals. The question is: Can Cullen and company defeat the criminals in time to save Harley’s life?

Power of the Grip

As Ron Ward watches his first novel reach the best-seller list, his joy quickly turns to terror when a madman gets involved. For some mysterious reason, a killer starts pushing Ron’s book up the list by taking out the competition. Quickly, Ron’s loved ones come under attack, and the killer taunts his trackers with codes and high-tech tips. Although Ron and his friends solve one clue after another, the killer stays just out of reach. As the chase continues, Ron fights a personal demon—a death caused years before when he lost his grip. As he learns, the strength of his grip—no matter how strong—cannot hold onto everything. As he tells a friend in the end: “Just hold on with your heart… That’s all that you ever need.”

Everything that we experience depends on sensing and perceiving. Specialized receptors for the five senses – hearing, seeing, smelling, tasting, and touching – capture information from chemical compounds, compressed air, electromagnetic waves, mechanical sensations, and more. From that information, our brain creates an impression of the world around us. Sensation and Perception focuses on how these systems work, from the mechanics of individual cells to the interactions of thousands of cells in the brain. This book also delves into how our sensory capabilities change with age or damage. Readers of this new title from the acclaimed Gray Matter series will learn to understand how sensation and perception prove crucial to interpreting our surroundings, enjoying them, and even surviving in them. 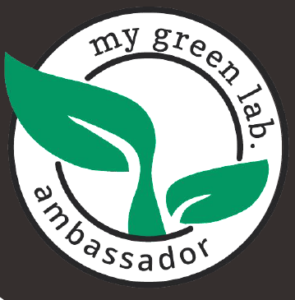 Be a My Green Lab Ambassador

Article in the Spotlight

2021: research and medical trends in a post-pandemic world